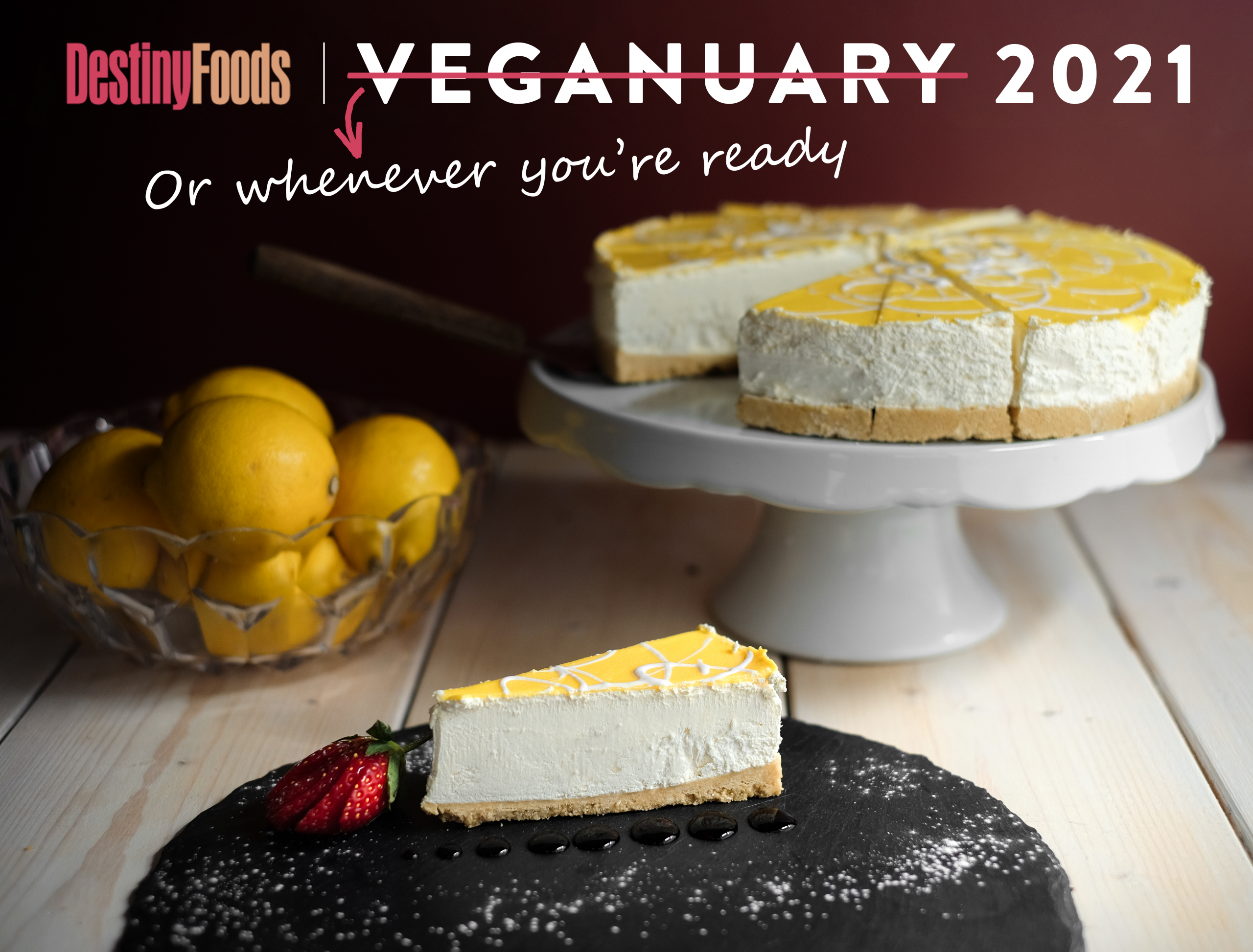 Why vegan desserts are here to stay

This Veganuary was expected to be the biggest ever, and although hundreds of thousands of people will undoubtedly be challenging themselves from home, foodservice venues have been cut out of the fun. Don’t worry however, Veganuary is more than a viral challenge; it’s moving plant-based food into the mainstream, and it’s here to stay.

Becoming and staying vegan is now easier than ever. Of the 400,000+ people that signed the official Veganuary pledge last year, 59% remained vegan for the entire month. Most telling of all though, 72% of that group stated they intended to stay vegan afterwards, displaying the lasting impact the Veganuary movement can have on people’s dietary choices. Veganuary isn’t just for a month, for many of the participants it’s the beginning of a long term change in their diet; they challenge themselves to be vegan for January, but many will continue to purchase meat substitutes and plant-based dairy and desserts well into the future.

The most consequential element of Veganuary may even not be the number of people who remain vegan after they complete the challenge, but rather the gentle influence it has on the vast majority of people who previously wouldn’t have considered the benefits of a vegan meal. Many of us will have a family member, a friend, a colleague or posts on our social media feeds telling us about the health and environmental benefits of plant-based eating. They may never give up meat or dairy, yet they now pick up the occasional plant-based meal from the supermarket, and love the new vegan dessert at their favourite restaurant. In 2018, 92% percent of plant-based meals in the UK were eaten by non-vegans, and these dietary explorers, who we can call flexitarians, have only grown in number since.

If there’s a silver lining for our industry it’s this; although the foodservice industry is missing out on welcoming Veganuary participants through their doors this month, when our restaurants and hotels reopen the demand for exciting, high quality vegan desserts will be higher than ever before.

In the past there has been a perception that being vegan involves arduous cooking, alienating friends and family, and missing out on your favourite foods, but no longer. The market for exciting and tasty vegan options is growing rapidly. Amazing vegan desserts are beginning to spring up all across hospitality and retail, with innovative products grabbing headlines,and taking a greater share of menus and restaurant takings.

Here at Destiny Foods, we’ve been manufacturing high-quality vegan desserts for a while now and we love that the field is becoming more and more competitive with every passing year. Our talented development chefs work hard to continue pushing the envelope, always hoping to raise the bar that little bit higher, and set a standard against which all other vegan desserts are judged. Most important of all, however, is making delicious desserts available to everyone, regardless of their allergy or dietary preference.

Our vegan desserts are one of our proudest achievements. We replicate our favourite dishes using the highest quality, most natural ingredients available, and we think they taste incredible. It can be a challenge, but through a process of extensive side-by-side comparison with our standard products we make sure our vegan desserts taste as good (and sometimes even better!) than their non-vegan counterparts.

With these motivations in mind, we’ve refined our vegan product lineup for 2021 to include a variety of interesting and innovative options that make it simple for independent restaurants and hotels to benefit from the uptick in demand when doors are open once more.

Are you ready for when lockdown eases? There’s no better time than the present to begin planning your menu for the grand reopening.  To browse our industry leading vegan dessert collection click here, or for expert advice tailored to your needs, give our sales team a call on 0161 231 9800.